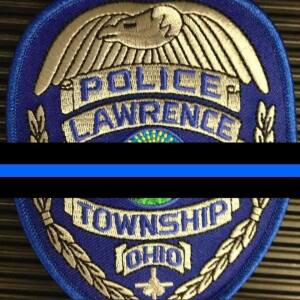 Sean Eric VanDenberg, 53, of Canal Fulton, went to be with the Lord on December 25th, 2021, after a hard-fought battle with an illness. Born May 11, 1968 in Muskegon, Michigan, Sean was a loving and devoted husband, father, poppy, son, brother, and friend. Those left to cherish his memory are his loving wife of 21 years, Jeanann; Daughters, Erin (Larry) Sendejaz and Ryan (Jonnie) Oberhauser; Sons, Maxwell (Adriana) VanDenberg and John VanDenberg; grandchildren Olivia VanDenberg (Oberhauser) and Solomon VanDenberg; beloved parents Ervin and Vivian VanDenberg; Siblings, Scott (Greg) VanDenberg, Pamela Pickard, Jill (Rich) Dinko; and many extended family members and countless friends.
Sean was a 1987 graduate of Jackson High School. After graduating, he worked hard to provide for his family as a welder/fitter fabricator. He remained in that field for nearly 30 years, and at age 42, he decided to chase his dream of becoming a police officer and joined the police academy in 2013. In 2014, he began working for the Lawrence Township Police Department. During his career he was a field training officer, a firearms instructor, and commercial truck enforcement officer. He was a member of the Canton Metro SWAT cooperative where he was a master operator assigned to the specialty positions of chemical impact munitions, breacher, and sniper. He had a true passion for his career and helping people.
Sean will be remembered by everyone who knew him for his unforgettable laugh, kindness, and the joy he brought to those around him. He loved his dogs, his family, his friends, riding his motorcycle, traveling, disco music, and nearly waxing the decals off of his police cruiser. In recent years he became an avid bike rider, ultramarathon runner, and scuba diver. He was a man of God and encouraged others to believe in Jesus and in themselves. To know Sean was to love him, and he will truly be missed.
Memorial Services will be held SATURDAY, January 8, 2022, 10:00am at Northwest High School, Puffenberger Auditorium, 8580 Erie Ave N, Canal Fulton, Travis Pellegrino officiating. Burial and Last Call Ceremony to follow at Newmans Creek Cemetery.

To send flowers to the family or plant a tree in memory of Sean, please visit our floral store.

Video is available for this event